If you are a user of Windows 10 Operating system, then you will need to have an effective security backup plan to protect you against hackers simply because Windows is the most popular PC Operating system in the world.

Getting an effective antivirus will function effectively in providing maximum protection for you by protecting you from system hackers.  Listed below is our list of suitable and efficient Antivirus compatible with Windows 10. 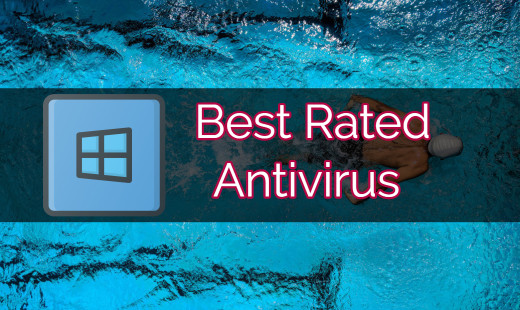 So, let’s get down to a detailed review.

There are plenty of threats, and some new ones are even being developed daily. This is why you might need to get regularly updated antivirus package to keep you safe from the bad guys who keep inventing new antivirus.

No matter how careful you might claim to be, there are Ransomware, Malware, and many file-less attacks on Windows 10; but here is the best Windows 10 antivirus of 2019

Bitdefender Antivirus is known to be a consistent antivirus. It has been in the game for so long; and has been on the lead way ever since. With its 100% protection, it has not ceased to produce maximum protection. It works in combination with sophisticated core antivirus engine and technologies, just to ensure that you are fully protected. It’s precision in web monitoring and ensures that malicious links are blocked. You are alerted about any malware trying to gain access to your banking and online transactions.

It is quite a specialist ransomware protection makes sure that your documents stay safe regardless of any occurrence.

Not only is Kaspersky antivirus easy to use, accurate and reliable it has been one of the top antivirus companies for quite a long time, binging secure force products to the testing labs.

Kaspersky Free Antivirus functions effectively in blocking malicious links and ads. There is also the Kaspersky’s commercial antivirus and security suite products which provides additional features in addition to the free antivirus’ content, these features include:

Windows Defender provides reliable protection against viruses; and although it was known in times past to be a fragile product, the times have changed, and it has evolved positively. It is by default installed to your PC, so you don’t have to go through any hassle to get it fixed.

.In addition, it is lightweight and practical; you don’t have to worry about it conflicting with anything on your PC. All it handles are done in the background.

Trend Micro Antivirus has not only ranked “Excellent” on recent score tests, but it has also successfully offered value to its users over time. Simple and straightforward

The regular Trend Micro Antivirus+ Security has essential features essential for your maximum protection, and these features include:

Panda Antivirus for Windows 10 comes with no charge. It is accurate and efficient. It is no news that Panda has been around for quite some time now. However, its latest feature, which is the Windows detection engine seems to be one of its kinds. It receives 100% in protection score. Besides, it has other features such as Panda Dome Essential which can be licensed for an unlimited number of devices.

With these picks of antivirus, you can be sure to enjoy premium guaranteed protection on your Windows 10. Why don’t you try them out and feed us back with your testimonies?